Private Building Enterprise "Renelual Tahiri" was established in the beginning of 1979 year,in the villiage of Zhur of the Prizren municipality while production department was in Shkoza village as an independent craftsman. During the periods of 1979 to next year a lot of positive changes there have been done on the promotion and development of the company by increasing human as well as technical capacities. Now,the Company run out its activities in this places:Shkoza,Prizren and Prishtina. 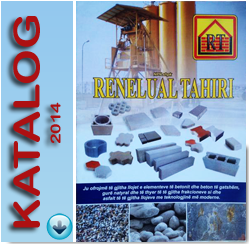